Last year I began concentrating on reading fellow women writers. Truly I have been an unthinking snob with my sticking to reading the classics, Science Fiction and Fantasy, mysteries, and thrillers. And, of course, horror.

Mary Shelley and Margaret Atwood, forgive me, but I peeked into Romance, and my eyes are now open to some . . . finely written books. Stories by Pam Rosenthal, Barbara Samuel, Patricia Ryan, Miranda Neville, Marsha Canham, and  . . . Shelly Thacker. 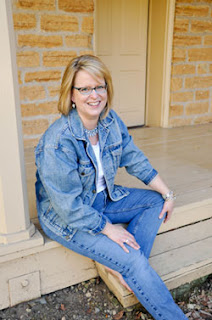 Thacker's a two-time finalist for the Romance Writers of America's Rita Award for her historical and paranormal romance novels which have also been published internationally. Besides writing fiction, Shelly has had articles published in Country Living, Entrepreneur, AAA Living, and Writers Digest magazines, and also leads writers' workshops in the U.S. and Canada.

She wrote an historical-romance time-traveling novel before the slot of "Paranormal" romance was . . . well, normal. My two favorite time-traveling books have been Ken Grimwood's Replay and Audrey Niffenegger's The Time Traveler's Wife. Thacker's Forever His can stand tall next to those. It's a great story!

Currently, her Stolen Brides series has been made available again electronically. I'm an unabashed Nook e-reader user which allows me to tackle books a little longer than agents and publishers "suppose" I am willing to read. Frankly, it's stories like Thacker's for which ebook readers were made.

Book #2 in the series, His Forbidden Touch, pits two contrary travelers together in impossible circumstances.

Timeless: The Asgard Warriors (Stolen Brides #3) and Falcon on the Wind (a prequel to the series) are two yet to be released.

But what truly sets Thacker's foray into electronic publishing apart from some of the others are her extras. I'm a junky for reading introductions, acknowledgements, and author's notes. Thacker offers a rich and thick section called "The Making of . . . " at the end. It's just like those bonuses added to DVDs. While she isn't shy on sharing what inspired a particular book, she also offers a peek into what music she used while writing, and struggles with editors and publishers on book covers, titles, and story length.

The number one question posed to most writers is "Where do you get your story ideas?" And while Thacker may feed the non-writer generously with her answer, her extras offer a wealth to fellow-writers as well.

Since every writer is first a reader first, I feel fortunate to have been whisked away into Shelly Thacker's worlds. She is one hell of a Storyteller, and I thank her for the gift of her words.

Thacker's on Facebook and would love to have you sign up for her newsletter and enter her "Fan of the Month Contest." (September's winner may be familiar to you, in fact!)

I am currently reading: The Age of Desire by Jennie Fields and The Rosetta Key (Ethan Gage #2) by William Dietrich. (And, yes, I can read two novels at the same time. I can also walk and chew gum at the same time, too. Well, most days.)

Thanks Judi! I'm honored to be featured on your blog, and I'm so glad that you're enjoying books. It's always humbling to me when a fellow writer likes my work -- we tend to be the toughest critics around. Thanks so much for your support, and best wishes with your writing!