Basking on the Beach #6: Marsha Canham 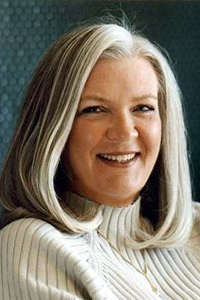 In the past year, I've made the effort to read more female authors and in doing so I decided to also open the door to exploring Romance novels. That's how I stumbled on the works of award-winning Canadian writer Marsha Canham.

Marsha writes some of the most adventurous, edge-of-your-seat, heartrending, and entertaining novels I've had the pleasure of... consuming. Truthfully I don't know a better word to use. And... she writes sea adventures! Did I mention that? Thrilling and accurately described sea adventures.

After having gotten frustrated with the games involved in the publishing biz, Marsha took a bit of a writing break (eight years!) before jumping back in. Once she was able to secure the rights to her backlist, she was ready to go with e-publishing. In some cases, she has rewritten the stories because she's that kind of writer: a good one. 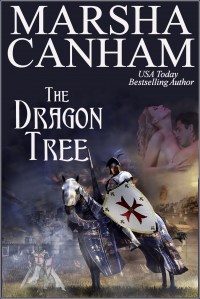 Her newest release, The Dragon Tree, which was released in 2004 as My Forever Love, is an example. You might want to read Marsha's take on her process at her blog.

While I have thoroughly enjoyed all the books I've read by Marsha, I must confess her fresh take on the Robin Hood legend is a favorite. The story unfolds in three books: Through a Dark Mist, In the Shadow of Midnight, and The Last Arrow, and it's way more authentic and plausible.

Then again, I really enjoyed the books detailing the adventures of the Dante seafaring family.

And the stand alone Swept Away (a book I read twice because the character of Aunt Flo simply rocks!).

You had to get me started!

Like most of us, Marsha wants to read when she basks on the beach, and here are her suggestions:

Basking on the Beach with Marsha Canham

My reading choices might be a little scattered. Five of my must reads would have to include

Auntie Mame by Patrick Dennis. It's hysterically funny and a great break from stress.

Next up would be the series by Philippa Gregory: The RedQueen, The Other Boleyn Girl, etc. An amazing series about the Tudor dynasty.

Heavier fare would include another fav, Mila 18 by Leon Uris. It gives a shocking and tragic view from inside the Warsaw Ghetto in WWII.

None of my lists would be complete without Wilbur Smith's River God and the sequel The Seventh Scroll. Ancient Egypt at it's best with a zoom forward in the sequel to an Indiana Jones type adventure.

Finally, for crime buffs, start out with Michael Connolly's The Black Ice. That should get anyone hooked on his Harry Bosch series.

And that would sum up my favs!
Posted by Judi Rohrig at 1:37 PM