Basking on the Beach #2 with Ed Gorman 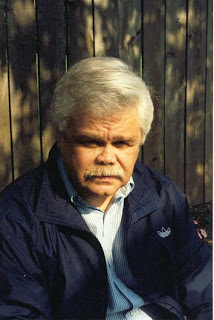 I'm pleased to welcome Ed Gorman to my bend in the river. Ed writes. That's my best description of what Ed does. He writes mystery and thriller and political intrigue and horror and westerns and. . . Oh, my, his westerns! Though I have truly enjoyed his Sam McCain series and his Jack Dwyer series and his Robert Payne series (and now his Dev Conrad series!), his western character, Leo Guild, owns a piece of my heart. I'm hardly alone in my respect for Ed's storytelling. He's won a number of awards including the Spur, the Shamus, and... well, Ed doesn't usually like to dwell on awards. His focus is on writing and editing. His latest book, Blindside, features political consultant Dev Conrad. Then later this year, his Sam McCain returns in Bad Moon Rising. 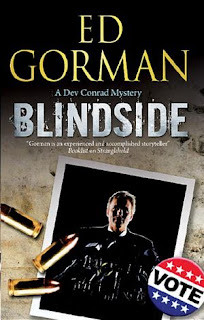 Allow me to let Ed advise you on what you might consider a good summer's read:


Basking On The Beach with the non-amphibious Ed Gorman


I'll stick with some Golden Oldies.

I AM LEGEND by Richard Matheson. Still THE vampire novel. None better.

HOW LIKE AN ANGEL by Margaret Millar. The finest Mystery Novel I've ever read. No better stylist has ever graced the genre and this sad, sorrowful, wan book that is horrific in places (and also strangely comic) has the true redemptive power of Graham Greene. This was first published in 1962 and anticipates the communal aspects of hippie communes and cults with chilling accuracy.

THE CHILL by Ross Macdonald. Ken Millar (Macdonald's real name) was Margaret's husband. How's that for a married couple? This is his most salient journey through this vale of tears and proof positive that in the right hands the private eye form can be true literature.

THE LONELY SILVER RAIN by John D. MacDonald. For me the best of all the Travis McGee novels because it's the least like the others. Not much macho here. Just an intense wary journey into the heart of darkness.

THE MURDER OF MIRANDA by Margaret MIllar. One of the snarkiest, bitchiest, most hilarious mysteries of all time wherein Millar takes her great social eye and even greater skill at fashioning a spellbinding mystery (she was Agatha Christie's fave if that tells you anything) to an upscale Southern California country club and in the midst of all the high jinks still finds a way to comment seriously (and sympathetically) on the decline of a vastly beautiful woman who has relied on her looks her entire life.

The one thing all these books have in common?
THEY'RE GREAT READS -- PAGE TURNERS, IF YOU LIKE GREAT CHARACTERS AS WELL AS GREAT PLOTS.
I know this sounds impossible, given the way I've described them, but trust they are just as much pure reads they are dazzlers. If I had any money, I'd offer you a money back guarantee. :)