Basking on the Beach #4: Wendy Webb 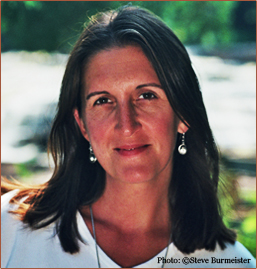 When I asked Minnesota-based author Wendy Webb to suggest a few reading items to drag to the beach this summer, I had no idea what canvas bag of goodies she would bring. Of course, that's what you might expect from a fiction writer whose day job is editor-in-chief of Duluth-Superior magazine.But really I asked her because I loved her first book, The Tale of Halcyon Crane. It's all about Hallie James's discovering the truths of her life is a delicious dark corner setting of an island in the midst of the Great Lakes. (Pssst... it's a ghost story!) Wendy's next book, The Fate of Mercy Alban, is set for a 2013 release. 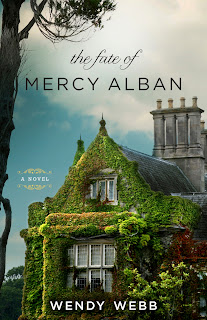 All of these books are captivating page-turners that won’t let you go until you reach the end.

1. The Haunting of Maddie Clare by Simone St. James

I was sent the manuscript of this book by its editor and asked to write a blurb for the book cover. I sat down with it not knowing quite what to expect and found myself so caught up that I read this old-fashioned, Gothic ghost story in one sitting. It’s the story of Sarah, a temp worker who is sent to assist a ghost hunter investigate reports that the spirit of 19-year-old Maddie Clare is haunting a barn in the dark and foreboding English countryside. It seems the only way to stop the increasingly violent hauntings is to find out how Maddie died and bring her murderer to justice, so her spirit can rest.

2. The Book of Lost Fragrances by M.J. Rose

I love M.J Rose, who writes suspense thrillers with a paranormal twist. This one is the story of Jac L’Etoile, who returns to her Paris home when her brother, who runs the family perfume business, goes missing. While there, she becomes haunted by an old family legend that there is an ancient perfume with magical properties that has been lost for 2,000 years. The story moves from Cleopatra’s Egypt to revolutionary France to modern-day Paris, taking readers on a thrill ride of adventure and intrigue.

3. Secret of the White Rose by Stephanie Pintoff

This is the third in a series of murder mysteries set in New York in the early 1900s featuring detective Simon Ziele, Professor Allistair Sinclair and Sinclair’s widowed daughter-in-law, Isabella, one of the most engaging cast of characters I’ve come across in a long time. This story involves a series of murders befalling people who are connected to a notorious trial, and not only am I captivated by the mystery, I also love her descriptions of New York around the turn of the century.

This is one of my favorite books of the past year. It’s so suspenseful and tense that you’ll want to scream aloud before you get to the end and find out exactly what’s going on. It’s the story of Christine, who suffers memory loss after an accident. Her memories are erased each night as she’s sleeping, so each morning she wakes up not knowing where she is, who her husband Ben is, or anything about her life. Ben patiently has to explain it all to her before he leaves for work. On the advice of her doctor, she starts keeping a journal of things she learns during the day that she doesn’t want to lose track of in sleep. It’s all going well until one terrifying day, she reads in her journal: “Don’t trust Ben.” This sends her into a frenzy of doubt, wondering why she wrote that, what it means, and how she can find out if it’s true.

The House of Velvet and Glass by Katherine Howe

This book, by the author of The Physick Book of Deliverance Dane, is a captivating mix of the paranormal, mystery and a little romance thrown in for good measure. It’s the story of Sibyl, whose mother and sister perished on the Titanic. She finds herself drawn into a rather otherworldly situation when she attends a séance, and begins seeing images in a scrying glass, images she believes to be from the Titanic. She returns again and again to get more information, but the experience turns terrifying when she begins seeing images of her brother, who is very much alive, and according to the images, is in danger. Should she trust her visions?

So gracious of you Wendy - and so funny - I just bought the St. James about five minutes ago - literally!!!!!! How odd. And I can't wait - can't wait for your next.